How are we going to interact in a world that happens to have coronavirus?

After 9/11, I recall and others have shared how we all pulled together, we all wanted to rise from the ashes, and we were all in this as one nation. We were determined to show the world and I think to show ourselves how we are all Americans.

Today, if social media or cable news is an indication of where we are as Americans, people who cannot agree on the common threat or work together to fight this terrible virus. Much of what I see is finger-pointing, blaming, shaming, vilifying, scapegoating, denying and reacting as opposed to acting towards a collaborative solution.

I tweeted the other day, If a virus can’t make us see how we’re all human, not a nationality, race, religion, red or blue, and in this together, then I honestly don’t know what will happen when aliens invade.

And there’s been an increase of racism towards Chinese, Italians, Iranians, Koreans and other nationalities. I can’t believe I have to say this but these people are VICTIMS of the virus. They are not enemies that justify bigotry and racism.

And comments that we’re young and healthy and it won’t be that bad disregards the fact you probably love someone who is older and less healthy than you.

Then there are people who are shaming others who are dependent on their hourly jobs for not having savings or a better job where they can work from home.

I’m reading messages about people saying it is not their problem people don’t have healthcare or can’t afford to see a doctor. Well, it will be if they get sick and then get you sick.

I see people casually complain about the possibility of being quarantined or self-isolated. Or mad their lifestyle is being disrupted.

The Italian Foreign Minister sums it up:
“Our grandfathers were drafted to go to war; we’re being asked to stay at home,” said Mr. Di Maio.

Not all is dire.

I see humanity and the charity many people are displaying. Some offer to take care of their friends or neighbors’ kids because school is closed and the parent still has to work. I’m hearing of parents taking a more active role in educating their children when kids have no school.

And companies are recognizing the need to insulate their employees from income disruptions. Also, the online support groups popping up so people don’t feel alone and isolated.

On a side note:

Not to make light of this situation impacting so many but I used to laugh at Zombie apocalyptic movies. I would say how unbelievable some characters’ actions were in a situation where humans face a common threat. I tended to side with the naive idea that we’d come together and figure this out and not battle it out. Watching these shows I would go if only they worked together and communicated. But they always did more harm to each other than the zombies ever could.

It took me some time to understand how Walking Dead wasn’t a show about zombies but a show about people and how they interact in a world that happens to have zombies. It wasn’t pretty.

So, how are we going to interact in a world that happens to have coronavirus? 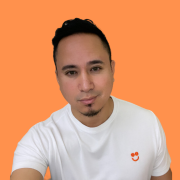 You only live once, now it's time to fight for it

“We’re all in this together”

You only live once, now it’s time to fight for it

Hey, I'm Jason. I started this blog to share my random thoughts, ideas, reflections, and philosophy on living well. I'm figuring out what it means to truly live and smiling along the way.
Facebook Twitter Google+ WhatsApp Telegram Viber
Close